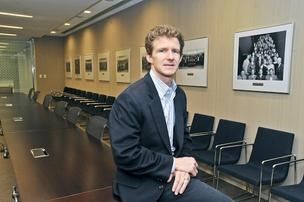 William “Willy” Walker is the chairman, president and CEO of Walker & Dunlop, a 76-year-old company that is the tenth largest commercial mortgage lender in the United States. The company was co-founded by his grandfather in 1937. For most people, joining the family business right after college would have been the automatic choice. But when Willy received his MBA from Harvard, he took a daring, unexpected detour.

In true entrepreneurial fashion, Willy by-passed apprenticeship, refused great offers from several top American firms, and instead flew south: first to Chile to work for a venture capital firm, then to Argentina, where he drafted a plan for a startup airline – knowing very little about aviation. The advice given to him by a mentor was a guiding principle: “Accumulate as many scars as quickly as possible.”

In conversation with ENTREPRENEURradio, Willy illustrates the advantages of taking risks and confronting failure early on. His experiences in South America (where cultural differences sometimes led him into tough spots) taught him how to balance his idealism with the realities of being out in the field. He says: “You need to be prepared to accept failure, and you need to understand that this is a marathon, not a sprint. Put your head down and keep pushing forward.”

The ability to push forward served him well when, after more than ten years in Latin America Europe, he returned to Washington to lead Walker & Dunlop through the difficult 2008 real estate crisis. The risks he took- and the triumphs he achieved- earned him the 2011 Ernst and Young “Entrepreneur of the Year” award for his category in the Washington area. How willing are you to take risks as you navigate the realities of business? Download this podcast at ENTREPRENEURradio.org for more.