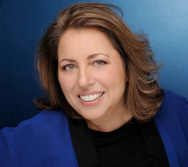 This week on Livelihood Show, host Marcy Rosenbaum presents a career navigation strategy that rides change instead of trying to manage it.

This week’s introduction to the Livelihood Show interview of Marcy Rosenbaum was conducted by Anna Drezen, an actor, writer and producer living in New York City. She interviewed Marcy using an adaptation of the famous Proust questionnaire featured by James Lipton on Inside the Actors’ Studio….

“Marcy Rosenbaum is the host of “Livelihood,” a weekly radio show about career paths in transition. She left her corporate job to pursue her dream of talk radio, and the show aims to help others figure out how to start fresh with a career they love. I’m not sure which I like more: her infectiously positive attitude, or her voice, which is like a fountain of warm Nutella.”

AD: What’s your relationship to the theme of the show?

Marcy Rosenbaum: In my past career, I was a consultant. It was like being an actor. I couldn’t act until someone gave me a role. I was on the shelf until someone cast me. I wanted to be more like a musician: a musician can play whenever they want; they just have to get an idea of how to make money at it.

AD: What do you hope your listeners will get out of the show?

AD: And now for some of James Lipton’s famous 10 Questions. What is your favorite word?

MR: “Wow!” There’s intensity to it. It’s not just a compliment, it’s an emotional reaction. When I do something with my hair and make-up and [my husband] Barry says “Wow,” that’s like a dozen roses.

AD: What is your least favorite word?

MR: “No.” I mean: my least favorite word is “no”. I remember when my niece Jami was little, and when someone said no to her, she would say “Don’t say no to me!” I like that. That’s how I feel most of the time when someone says no to me. Say why not, maybe, but don’t say no.

AD: What sound do you love?

AD: What sound do you hate?

MR: Anybody in pain. Also the sound of fluorescent lights.

AD: What profession other than yours would you like to attempt?

MR: I guess I’d like to train service dogs! Or groom horses.

AD: What profession would you not like to do?

MR: Butcher! I can barely buy packaged meat. I have to put on these little gloves, and I pick up the package, and I put it in a plastic bag, then I put that in another bag. For a long time I couldn’t even buy it. I’d say to the guy, “Put that something in this bag for me.”

AD: If heaven exists, what would you like to hear God say when you arrive at the pearly gates?

AD: Right! (To get more information about Anna Drezen’s stand up comedy and NYC appearances, check out her Facebook page).