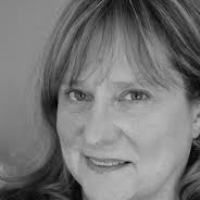 Have you heard the expression: what doesn't kill me makes me stronger? I think that’s what Barbara Beach had in mind when she launched RadioActive Broadcasting Network.

For some, radioactive means break down and decay- a deadly uncontrollable force.

But when harnessed and channeled, it kills cancer cells and stop them from spreading. Indie rock group Imagine Dragons had a hit song in 2013 called Radioactive in which it represents becoming empowered and rising above anxiety and depression– overcoming something that is supposed to oppress you.

Barbara’s Livelihood story demonstrates that your experiences can make you better, and stronger and more successful. Although her career path in journalism, radio and marketing helped her make record break breaking accomplishments she learned the hard way accomplishments are no guarantee of long term security.

She blends media savvy with an admiration for technology . She utilizes her insights about community building to create collaborative communities for joint marketing (called affinity marketing) and customer engagement through events and user groups.  She’s building a media empire—Radioactive Broadcasting Network- that integrates internet, radio, print, social media and community platforms.  And  recently the American Health Journal, nationally syndicated on Public Television, has announced the addition of Barbara Beach to their production team!

It’s amazing what you can do when you don’t take no for an answer. And when you believe that you’re exceptional.

Find out more at: http://radioactivebroadcasting.net/